Each model can have devices removed that are not in the model being compared, such as joints between cable sections. The comparison algorithm then identifies connectivity changes between the two models.
The user can view each difference between the two network models in a web based user interface once the comparison is complete. The user can investigate the differences and mark them as confirmed, followup, etc in SynNETMODEL.
SynNETMODEL is a rapidly developed prototype created during a DMS project to confirm the network model migration. The estimated effort required from the controllers to verify the migration was 20 months, SynNETMODEL was developed in 1 month and allowed a user to verify the network model migration in less than 3 months. This saved 17 man-months and allowed a full network model migration validation which might not otherwise be possible.
Synerty has excellent experience in migrating network models for DMSs. We plan to combine our experience and make SynNETMODEL a GIS, OMS and DMS connectivity model bridge that’s capable of managing changes and allowing users to re-layout changes during incremental migrations. 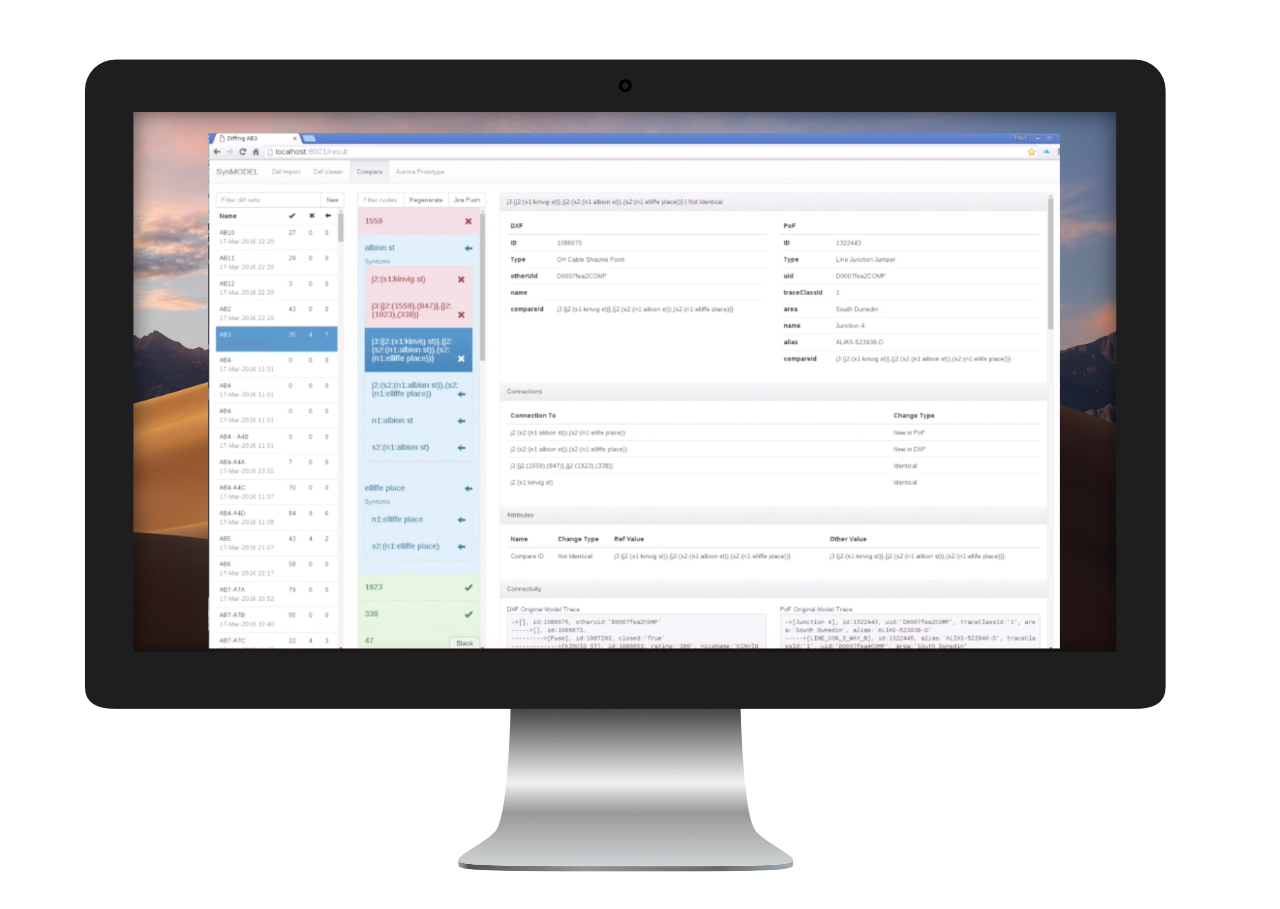